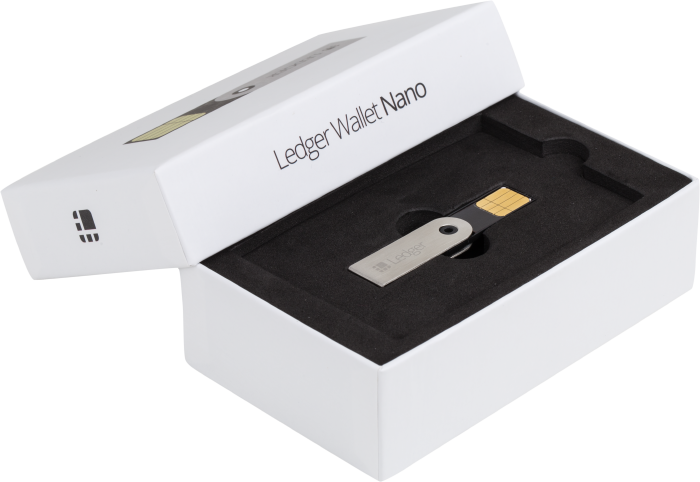 Two of the most popular hardware wallets for Bitcoin and other cryptocurrencies, Ledger and Trezor, were found to still be secure against newly-discovered vulnerabilities on CPUs. In addition, the hardware cryptocurrency wallets are safe against Spectre attacks as well. This is a promising finding that shows, now more than ever, the importance of having hardware Bitcoin wallets to keep your funds safe while using cryptocurrency.

According to Chief Technical Officer Pavol Rusnak of Satoshi Labs, the reason that Trezor, in particular, is not vulnerable to the Spectre and Meltdown hardware attacks s because its processor isn’t affected by them. Rusnak also stated that the firmware is always signed, which means the wallet can never run code that is untrusted.

Additionally, Rusnak stressed that users should only have their hardware Bitcoin wallets for a limited amount of time because of the way Spectre attacks have affected cloud services that house a variety of cryptocurrency wallets and exchanges. Recently, a few cryptocurrency exchanges were taken offline after it was found that there are numerous vulnerabilities in Intel CPUs. In particular, Microsoft’s Azure cloud service was affected.

Nicole Perlroth, a cybersecurity journalist with the New York Times, reported that Spectre and Meltdown proved that it was possible for thieves to take advantage of flaws within the design of the entire memory of a computer and steal data.

Why are Hardware Wallets Recommended?

Bitcoin experts and hardware cryptocurrency wallet developers are recommending that users rely on hardware wallets instead of online platforms. Bitcoin Core developer Jonas Schnelli stated that users should not put all of their trust in their PC and that they cannot control private keys as well when relying on online platforms. He instead suggests that people switch to hardware wallets.

This is because hardware wallets allow users to fully control private keys. When a user initializes their wallet, they compose 12 to 24 words that make up a backup. Should there be an incident of hacking on the hardware wallet platform, the user can still access their funds and move them to a different wallet or a paper wallet. Online platforms, on the other hand, store the private keys on the user’s behalf and result in their centralization, which can result in a significant security threat.

It’s important to use your wits when trying to keep your funds safe when using Bitcoin and other types of cryptocurrency. The development team for Ledger, a popular cryptocurrency, recently posted a blog explaining why hardware wallets are not vulnerable to the issues found in Intel, AMD and ARM CPUs. The company stated that the cryptocurrency’s devices are unaffected by the attacks and that in order for the flaws to be exploited, an attacker would have to run an arbitrary code. The team further said that if only its embedded apps are used, the hardware wallets are not subject to the attacks. Users who are looking into getting a great quality hardware wallet may want to consider purchasing one from BitcoinLockup.com to keep their cryptocurrency fully secured.

It is also important to avoid using Wi-Fi while sending or receiving any cryptocurrency. This is because all modern devices in existence are impacted by the Spectre vulnerabilities.

Bitcoin Exchange Goes Down for 40 Hours, Another Mt. Gox?

By Zach — 4 years ago
Kraken Bitcoin Exchange Goes Down for 40 Hours–Another Mt. Gox?

Cryptocurrency investing continues to make major headlines as digital tokens like Bitcoin and Ripple surge in price. Some investors are proceeding with caution, however, in the wake of problems for one of the most popular cryptocurrency exchanges. The Kraken exchange platform recently went down for almost 40 hours, reminding investors of the vulnerability of untrusted exchanges.

The Pitfalls of Bitcoin Security

One of the strong selling points of Bitcoin and other cryptocurrencies is security. The truth is that Bitcoin has faced numerous security threats since it was introduced in 2009. One of the most famous occurred in 2014 at an exchange known as Mt. Gox.

The Bitcoin security breach at Mt. Gox resulted in hackers stealing 850,000 Bitcoin. The digital coins had a value of more than $11 billion.

Prior to the collapse of Mt. Gox, the downfall of the infamous Silk Road also saw millions in cryptocurrency confiscated by authorities. The takeaway from these incidents is that the cryptocurrency market presents an inherent risk of loss due to security breaches.

Kraken announced in January 2018 that its platform would undergo routine system maintenance that was expected to take a few hours. The maintenance began on a Thursday and as Friday came and went the site remained down. Investors immediately began to panic as comparisons with Mt. Gox were hard to avoid. It took Mt. Gox many days to acknowledge the crippling theft of 2014.

More than 40 hours later the Kraken website was up and running. Even so, the faith of many investors was shaken. It also doesn’t help that many untrusted exchanges have opened in the wake of growth for some so-called altcoins like Ripple. The Kraken downtime only served to fan the fires of doubt among those who maintain large accounts on exchanges for trading.

A Hole in Cryptocurrency Exchange Security

One of the core concerns with security at cryptocurrency exchanges seems to revolve around how deposit accounts are managed. For starters, an account holder is required to maintain their cryptocurrency or cash with the exchange. This seems contrary to the foremost hallmark of digital coins–the cryptocurrency wallet.

A Bitcoin wallet or a similar wallet for another cryptocurrency is basically an address where funds can be sent and received. There are many types of wallets available. Some of them are maintained on the servers of a wallet provider while others are kept locally on the computer of the owner. There are also paper wallets which consist of a QR code that can be scanned.

Can A Hardware Wallet Offer a Solution?

Hardware wallets like the ones offered by Bitcoin Lockup are getting the attention of savvy investors who want greater security for their digital holdings. A hardware wallet is a standalone device that keeps the private keys of wallets secure. It can be stored offline and even kept on one’s person.

Hardware wallets have built-in measures that make them less susceptible to attacks by hackers, viruses, and malware. The owner of a hardware wallet does not have to surrender the control of their private keys to a cryptocurrency exchange.

Cryptocurrency investing is still in its infancy. It is certain that there will be many bumps in the road for investors. In the meantime, those who want to take advantage of the growth afforded by digital coins can mitigate the risk of loss by using a hardware wallet.