Ledger Nano X vs Trezor Model T! In this comparison, we are going to do a head-to-head of two of the most competitive and popular new cryptocurrency hardware wallets in this edition of the hardware wallet roundups. In this comparison, I am going to dive into which of these 2nd-generation wallets is better. How big is your portfolio? Do you need mobile/wireless support? Do you use any 3rd party wallets for integration? Do you need web-based access instead of a required download?

These are all questions you will need to consider when deciding which of these wallets will be best for you. At the end of the day, the coin support is one of the most important factors (besides security) when deciding which hardware wallet is best for you. Ultimately, if if doesn’t support the coins you want to store offline, it won’t work for your particular situation, so keep that in mind as we dive into what I consider to be the most important factors when making a such an important decision, such as choosing a cryptocurrency hardware wallet.

So, let’s get right into the battle of Ledger Nano X vs Trezor Model T!

CLICK HERE TO BUY THE LEDGER NANO X FOR ONLY $119 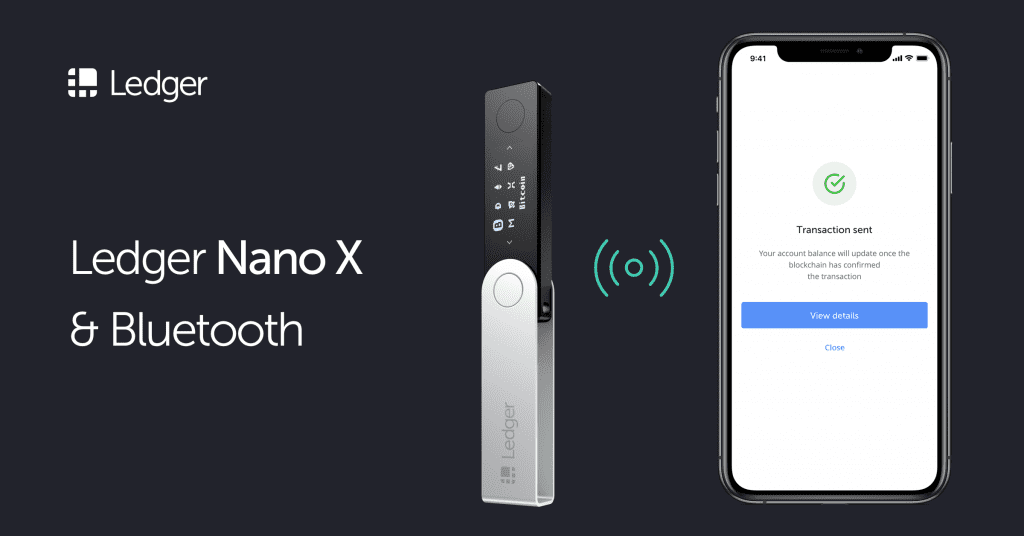 Honestly, the user experience is a massive upgrade from the Ledger Nano S. With that said, It has a few usability issues that I find to be quite difficult to overcome. Although this device is physically larger than its predecessor, it still has a fairly difficult to use early experience.

CLICK HERE TO BUY THE LEDGER NANO X FOR ONLY $119

This app allows you to manage up to 1,100 coins that are supported by the device. However, only about 200 of them are “native” apps. This means that you can manage them directly within the Ledger Live app, without having to connect to a 3rd party wallet, such as MyEtherWallet or MyCrypto. I will leave a link HERE with a list of fully supported coins.

The Trezor Model T was ahead of its time (if you ask me) when it came out in early 2018 . It came with many ground-breaking features, such as a touch screen for added security, an SD card slot for signing transactions offline and having additional external storage, and increasing the size of the device while also adding a more universal USB-C port.

This device is a worthy upgrade from its predecessor and added a lot of additional features and security to the way the device is used on a regular basis by adding additional factors of authentication. Additionally, it added a plethora of new coins being supported and increased the RAM size to store a much larger portfolio of coins that you could easily expand and grow into if need be. 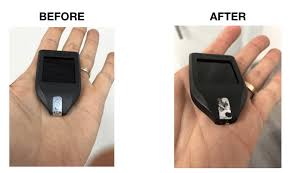 I will briefly touch on this here as most of this was gone over in depth in my Trezor One Review. As mentioned above, the physical security measures and differences are pointed out in its physicality of it’s packaging, but I will point out that there is one feature that I particularly like that is available on the Trezor Model T.

Both have an option to set a “passphrase” or a 25th seed word when accessing your account. This means that if/when you have to use your recovery seed to restore your device, you not only need the 24 seed words in the correct order, but you will need to enter in the custom passphrase in order to fully restore your wallet.

Here is the main difference on the Trezor Model T. Because the device has a touch screen, both the PIN and the custom passphrase (if you enable it) will be entered in on the device itself, and not the web app. Why is this important? Well, in the event that your web app is compromised or you have a key logger on your computer, you have a separation from your device and what you enter on the web app to unlock or access your device.

The Trezor One requires you enter in your PIN on the web application with a number grid, since it does not have a physical touch screen that allows you to enter it in on the device. Pretty cool if you ask me. 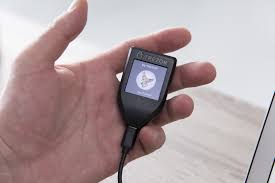 The touch screen is sleek and very bright, which is nice, but it is also very small. Even if you have average sized hands, you may have difficulty with entering in the pin-code and/or additional “25th seed phrase” as a password on the device. More on that later.

This is one of my biggest complaints as the device itself doesn’t look that good when you’re ready to use it and it has a sticky film when you hold it and un-plug and plug in your device. I will say that this is the worst of your worries as the device is pretty solid and has a lot to offer in terms of security and functionality. The final thing that I noticed this device upon opening it up is it has a very sleek SD card slot that can be used for signing transactions offline and import them.

I will leave a link to the official list of what Trezor has listed on their website HERE, but I will point out a few of the coins that this device supports that you don’t really see on other hardware wallets that stands out to me and is what I use on my device as well. The primary coins

NOTE: This device hold over 1,200 coins in total, but the majority of them have 3rd party wallets developed by either the development team for that coin specifically that can be connected, OR major third party wallets that hold hundreds of ERC-20 tokens, such as Mycelium and MyEtherWallet.

Just to name a few coins that are now supported on the beta wallet or (native app wallet) on the web app that is easy to manage and is unique to this hardware wallet is: HoloChain (HOT), Lunyr (LUN), Chainlink (LINK), and Polymath (POLY). They are adding Native support to new coins and tokens all the time, so make sure to keep your eye out for it!

Ultimately, it really depends on how large your portfolio is (or you plan for it to be) and what particular coins you want to hold. They both support over 1,100 coins on both devices, but the Ledger Nano X can only hold 100 assets on your device at once, and The Trezor T can hold much more at once (I have over 210 different coins on there, currently). Also, do you make transactions on the go? Do you need it be able to work without a computer and be able to use on a smart phone?

At the end of the day, I would only spring for the extra $50 price for the Trezor Model T if you needed to hold more than 100 coins on your device at once. They are both very good devices with amazing development teams and reputations, but if you’re fairly new to the game and want a device that will work with your smart phone, I would choose the Ledger Nano X, personally.

So there you have it! Ledger Nano X would be my choice if I had less than 100 assets and didn’t plan on expanding beyond that, but again, each person’s plans and situations are different, so make sure and weigh the pros and cons I’ve listed above in detail to make the right choice for you.