In this first look, I am going to go over whether of not it’s worth it to get the CoinMine One cryptocurrency miner. This is actually a VERY interesting product that will make bitcoin mining a simple process that even your grandmother can setup. Seriously, this device helps the un-initiated take the first step into the cryptocurrency world by setting up a non-invasive and simple mining rig that bears resemblance to a video game console.

There are several intricacies when setting up a traditional mining rig, such as an Antminer ASIC or even setting up cloud-mining with a provider. This takes the “know-how” and complete understanding of this process out of the equation. You can literally pull it out of the box and start earning bitcoin (or other cryptocurrencies we’ll cover later) within 5 minutes. This is the first machine of it’s kind and it will revolutionize what any newbies understanding of what “bitcoin mining” is.

So without further ado, let’s answer some basic questions about what this new device does and stay tuned to the end, because I’m able to offer a pretty sweet discount for my readers that are ready to dive in!

What Is The CoinMine One? 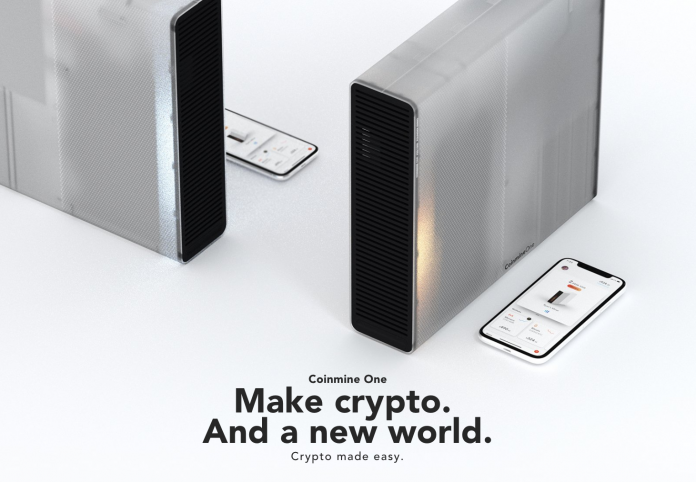 The CoinMine One is a sleek, quiet, and easy-to-use bitcoin mining device. Typically, bitcoin mining has been long known as a very elusive and complicated subject that was really only done by people that are extremely technical. Additionally, they have access to A LOT of capital to setup infrastructure for hardware, abundant electrical capacity, and a lot of cooling mechanisms to keep these super computers cold enough to operate.

The CoinMine One solves this problem and provides a way for every day people to begin mining bitcoin and other cryptocurrencies with a simple setup from a smartphone. This is ideal for people that are aware of the advantages of cryptocurrency mining and want to secure their slot to the future of finance.

Generally speaking, not only is this a way to create passive income with a “plug-and-play” method, but it allows you to help contribute and secure the bitcoin network as this device is it’s own node. As someone who has been involved in this industry for several years now, this product was a blessing, as it helps create further decentralization by allowing non-technical users to participate in the revolution for a very fair price!

Why Do I Need It? 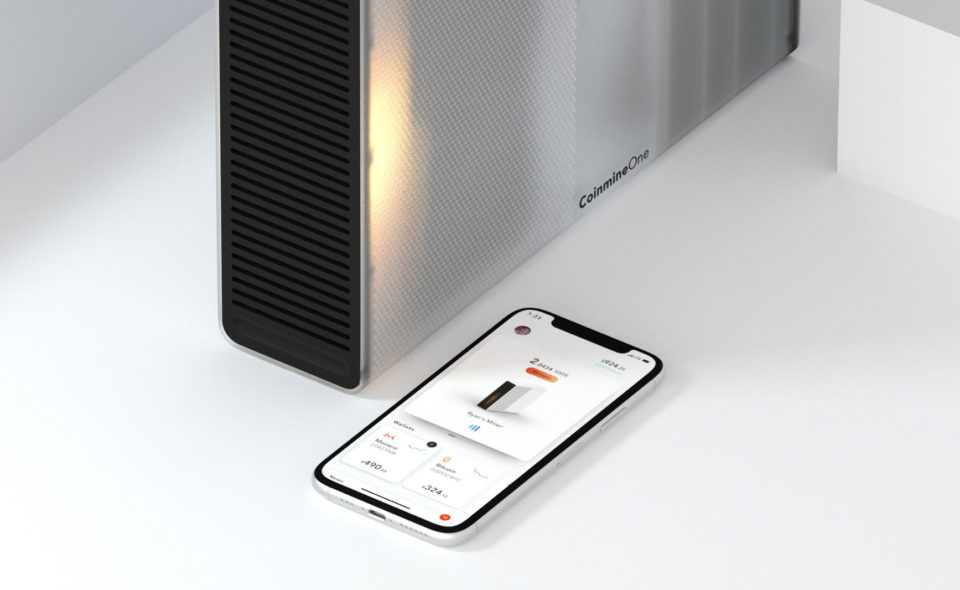 As cryptocurrency becomes more mainstream, it’s vital to the concept of bitcoin and other cryptocurrencies to have the masses gain more understanding and participation within the ecosystem. There are only 2 ways you can currently obtain bitcoin.

This creates not only a level of scarcity, but also points out that as the supply decreases, the demand will surely increase, thus causing the price to rise at an increasingly high rate.

The Coinmine One allows you to do this in a very passive, easy way. I have always been an advocate of cryptocurrency mass adoption and have created this website as a resource to help educate and connect people with the right products and services. Honestly, if you do not want to pay the increasing rates to buy bitcoin, this is a simple and easy way to mint your own coins and has many features to help you compound your earnings as well.

Which Cryptocurrencies Can You Mine With It? 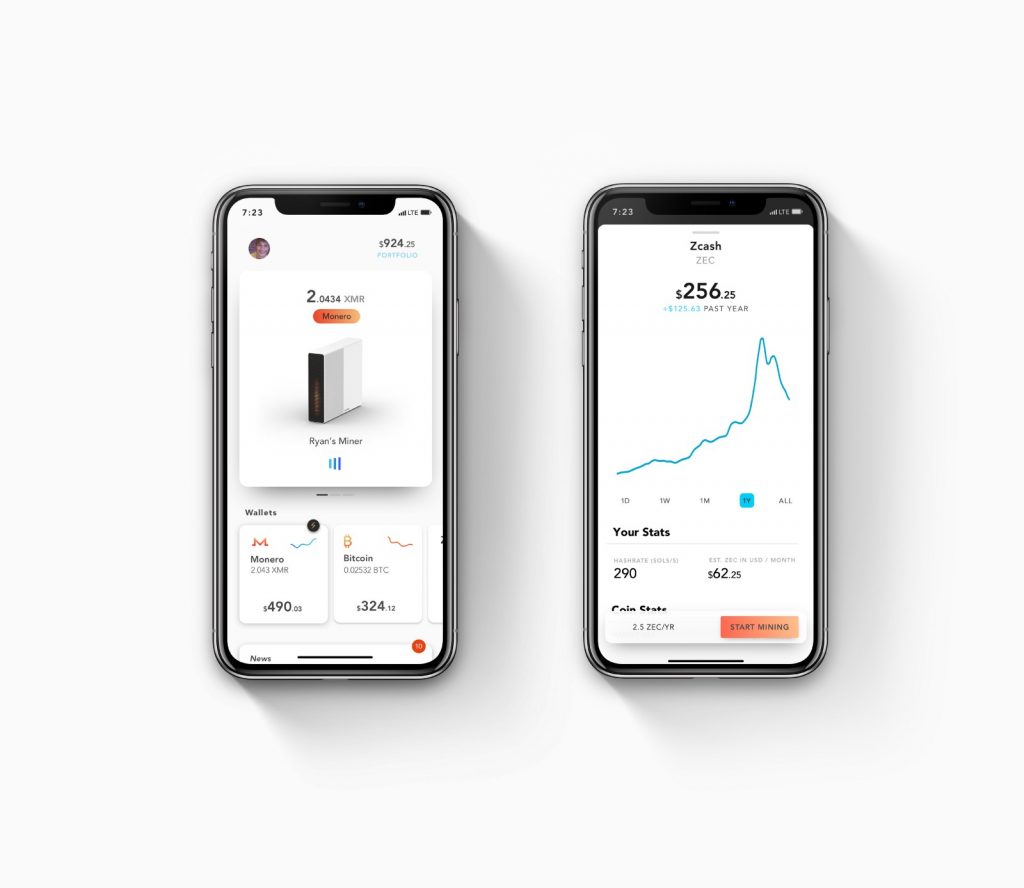 As of this writing, you can directly mine: Bitcoin, Ethereum, Grin, Zcash, and Monero. They have also announced Cosmos (ATOM) staking and a rumored leak of Tezos (one of my favorites) being supported for staking!

I am a huge fan of privacy coins and there are promises of future altcoins being added as well. Additionally, this runs on what they call MineOS. It’s a software built in and managed by the connecting smartphone app that allows you to manage what coins are being mined and allows you to choose which coin to mine at any given moment, and you can toggle (within the app) as much as you want to find which coin is most profitable.

What’s really compelling is, you can mine any of the above listed coins and choose to be paid soley in bitcoin (if you choose), even if you choose to mine another coin. This happens at a conversion at the end of the day (or week) so that this is ENTIRELY automated and allows for full customization. Very cool.

How Much Does It Cost?

When this first launched in 2018, the retail price of this device was $799. This isn’t a bad price, considering the costs of hardware and cloud-mining contracts that lock you into a certain price that you have to pay, regardless of profitability.

Bottomline, this device looks very promising and provides the world’s simplest way to start mining bitcoin and other crypto’s in a single, silent, and easy-to-use device that you can plug into any standard wall outlet. When I set up my Antminer S9i ASIC, I had to get special adapters and splitters to use in my residential home to utilize the dryer outlet and was a real hassle to run a cord from there into the basement.

Additionally, the Antimner was EXTREMELY loud and required me to provide fans and ultimately drove up the electricity cost. I will be doing an in-depth review of the Coinmine One device shortly and will have an unboxing and setup video as well. After reaching out to these guys, I am more excited than ever to really put this to the test and make crypto mining easy again! The Coinmine One is taking the complexities and hassle out of industrial mining, and making it accessible for the average person in a VERY big way. Sign me up!

What do you think? Is there an easier solution to start mining bitcoin from your home? Let me know down below!