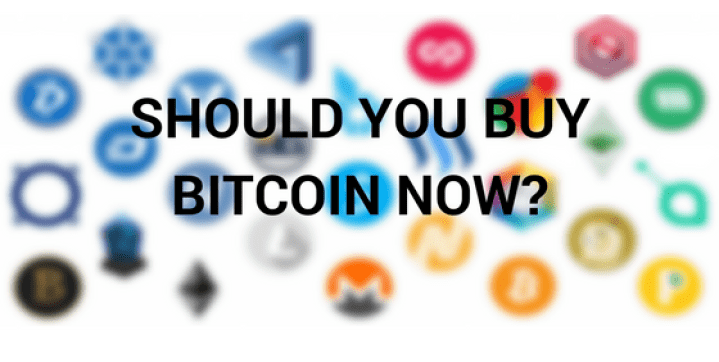 In this article I’m going to address the urgent question I get almost every day recently “Should I Buy Bitcoin Now?!“. Most of the people I deal with kept asking me over the past year and a half what was going on with bitcoin. It was almost if they were saying “See, I told you so! Bitcoin was a bad investment”.

Those same people have taken notice to the massive price increase and have asked me if now is a good time to get in. To them I say, It was a good time to get in around $3,300 when everything looked terrible and you laughed at me. Well, hindsight is 20/20, and deep down, I knew this was just part of a normal market cycle and that it would recover. The short answer is; If you don’t have any bitcoin now, please start getting some before the limited supply runs out.

One of the best ways I have been suggesting people start accumulating and acquiring bitcoin for the first time is to use this free app I have been using myself that give you free bitcoin back on every purchase you make, while receiving a discount of anywhere from 2-33% off every purchase.

This is the LIFE INFO APP, and I will leave an in-depth review of this amazing way to earn free bitcoin HERE. The gist of it is that it’s a shopping app that gives you discounts on thousands of brands and retailers on every purchase you make. The savings you accrue can be converted directly into bitcoin right within the app!

I have been testing this app for several months now, and I have earned over 80$ worth of bitcoin on purchases I was already been making anyways. Why not earn free bitcoin? This is the #1 way I’ve been recommending people start acquiring bitcoin who are new to it and want a VERY easy way to do so, with no technical knowledge. 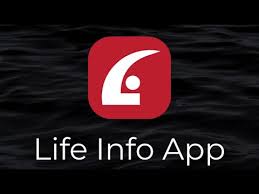 The Current State Of Bitcoin (July 2019)

As of the time of this writing, the price of bitcoin is currently $9,870.95. This is a pretty steep discount from where it was 5 days ago at $13,500. Bitcoin has been having significant gains over the past few weeks very steadily. This has primarily been happening because of some very fundamentally bullish news, such as the announcement of Facebook’s new cryptocurrency called “Libra”.

Many believe will bring the awareness and main stream of cryptocurrency adoption. Although this will be used as a “Stable Coin”, it will ultimately force billions of people to understand the ways of the future and finance.

So why did the price drop? Well, this is actually a healthy and normal correction for what has been a parabolic rise in price and the correction here will shake out the weak hands that currently are very emotional and timid about the projects future, and only pay attention to the price and what other people are doing.

What Caused The Huge Run Up Of Price Since April Of 2019? There are three primary factors that I believe have contributed to the massive price gains from April of 2019 til now, with no signs of stopping. Sure, there will be fluctuating prices, but it’s consistently gained over 100% consistently. Here are a few fundamental reasons I believe that triggered this to happen:

1.) Bitcoin Halvening – Every 4 years the bitcoin block reward that pays miners to verify transactions is going to be cut in half starting May 2020. This is by design and as a way to introduce scarcity and deflation to an already scarce and useful asset. Historically, the months leading up to this in years past has shown a systematic increase of price in anticipation of this happening.

Currently, the block rewards pays 12.5 bitcoin approximately every 10 minutes. It is about to be cut in half to 6.25 bitcoins per block. Scarcity is a massive incentive to start getting your act together now, before it’s too late. 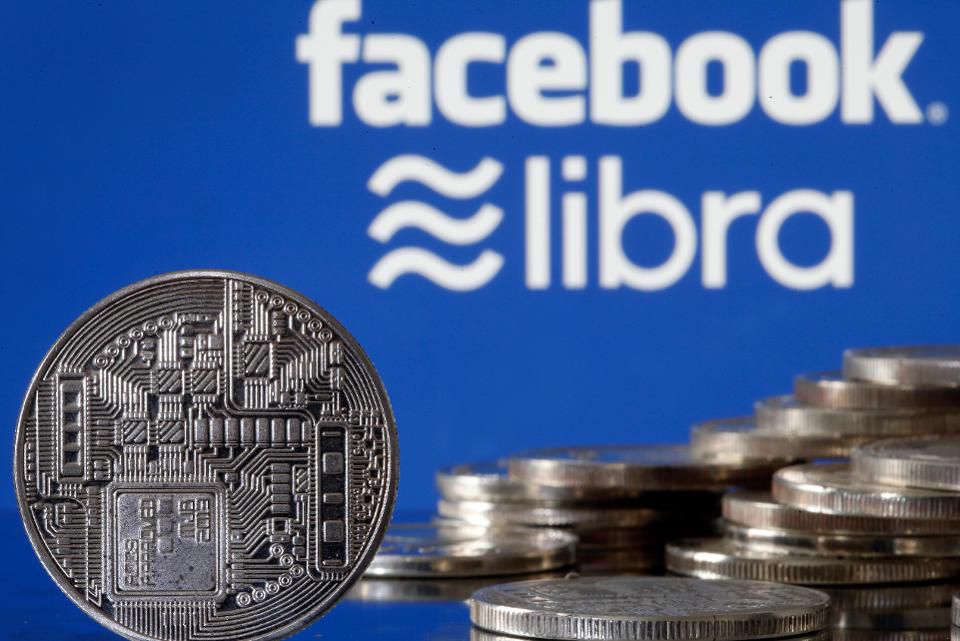 2.) Facebook’s Cryptocurrency “Libra” – As mentioned above, one of the worlds largest and well-known companies is creating their own cryptocurrency. With over 3 billion active users and counting, this is introducing a new mechanism for people to make payment directly within the platform and also pay for services, like advertising, using Facebook’s native coin. There will be many high profile exchanges that will support this coin (including Coinbase), so there will be plenty of on and off ramps for this upcoming crypto. This is said to be pegged to over 12 fiat currencies’ values.

3.) Chainlink Partnership With Google – Chainlink is a cryptocurrency that specializes in smart contracts. If you are unaware of what that is, a smart contract is essentially a digital contract that is automated and processed out with no middleman, once certain pre-determined criteria is met. This is especially useful for reducing middle-men, and therefore costs, as well as efficiency.

Google has made an announcement of this partnership on a secret project and only validates the need for a blockchain in our modern world. Google doesn’t just partner with anyone, so as people start noticing that cryptocurrency and new blockchain projects are working with tech giants, people start noticing. There are very few details on what this project is exactly, but I assume it has to do with aggregating and verifying data automatically to increase efficiency in time intensive tasks.

What Is The Easiest Way To Buy Bitcoin? What Is the Minimum Investment?

The easiest way to buy bitcoin is to buy directly with a credit card. You can do this very easily with a company called CoinMama, and it only takes a few minutes to process and receive your bitcoin. I have personally used this service many times myself and is much quicker than using an exchange, like Coinbase.

Many exchanges and official on ramps will require much more time as they process KYC and account verification steps to enable an account for you. This process typically takes 3-7 business days, and you should plan accordingly. They are very useful to use if you are not crunched for time, and support many of the top coins directly with bank wire or debit cards for payment.

You can buy as little of $10 worth of bitcoin, and with what the app I mentioned, you can accrue even less than that for free. The point? You don’t need to buy a full bitcoin to get started!

Additionally, as I mentioned at the beginning of the article, you can start earning free bitcoin using the LIFE INFO APP, as that’s what I’ve been doing myself. Again, this is the#1 tool I’ve been using to accumulate free bitcoin on purchases I’m making anyways.

Should I Buy Bitcoin Now: Conclusion

Overall, even though bitcoin is very volatile at the moment, I would STRONGLY recommend you buy some bitcoin if you haven’t already. There are only 21 million coins that will ever been in circulation, and there is approximately 17.5 million circulating right now. This hard cap that can never change is a deflationary mechanism designed to provide a road map of how the supply and demand dynamics will look over the next few years.

If you zoom out and look at the year over year gains, bitcoin has been one of the strongest investments over the last decade as it has had a higher value of the previous January since it started. Most people get emotional with such rapid price swings, but ultimately what makes it special is the fact that you can now become your own bank.

YOU, yes YOU, can now conduct financial transactions with anyone in the entire world (almost for free) with no permission from anyone and no middle man requiring authorization or taking a cut. THAT is powerful. There has never been anything else like it in the world before. Ever.

What do you think? Do you think it’s too late to buy bitcoin now? Let me know in the comments below!