The Ellipal Titan Pre-Order has been officially extended until September 15th, 2019! This can be considered bad news by some, but for people that are still wanting to get a great deal on the wallet, it’s a fantastic opportunity. This device has a lot of upgraded features from the previous generation wallet (Elllipal 2.0) and has been built like a tank. This completely air-gapped crypto hardware wallet is very exciting and I look forward to having a detailed review on it as soon as I receive one.

I received a notification that my pre-order which was originally scheduled to be sent out by August 15th, has had a small delay, so I thought this would be a good opportunity for people to get a great deal on this device as the demand is heating up. And if you don’t pick one up until after the September launch date, you may be waiting a long while as there appears to be some significant demand, and therefore, some extra delays.

I recently wrote an in-depth first look of this device and you can find it HERE. As you can see in the image below, you can now get the Ellipal Titan Pre-Order for only $149 ($20 off) AND you’ll get a FREE metal mnemonics plate for an indestructible recovery seed solution. This device is very similar to that of CryptoSteel and CryptoTag, which can cost anywhere from $89-$215 just for the metal recovery seed device, let alone the hardware wallet itself, so it really is an AMAZING value. 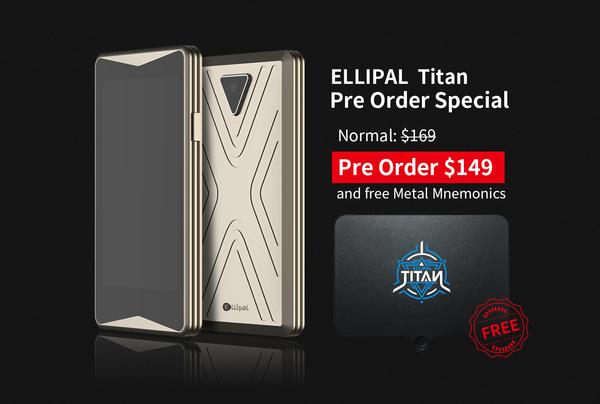 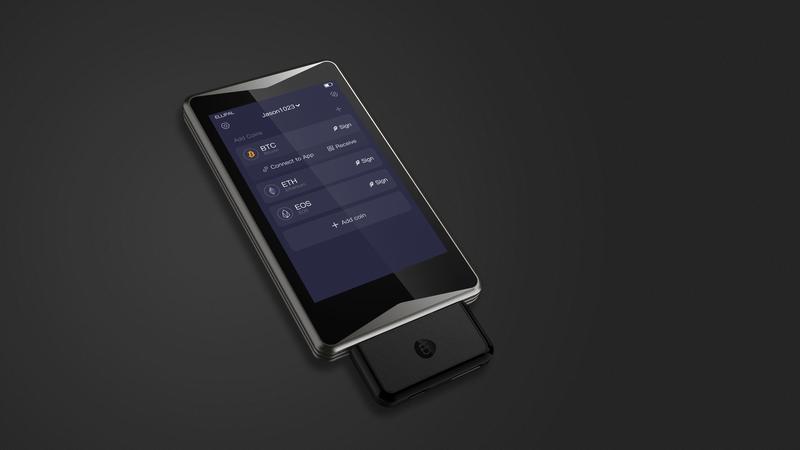 I go into detail with this device over on this article, but I wanted to go over the primary benefits to this upcoming device that you will be hard-pressed to find with any other crypto hardware wallet currently available.

Additionally, this device has received an upgraded user experience from the previous generation Ellipal 2.0 cold wallet. Some new features include: New dark mode, finance function and exchanges have been updated and is now connected to the Binance DEX (Decentralized Exchange), and easier backup and recovery.

Existing Users get 50% Off – See Below 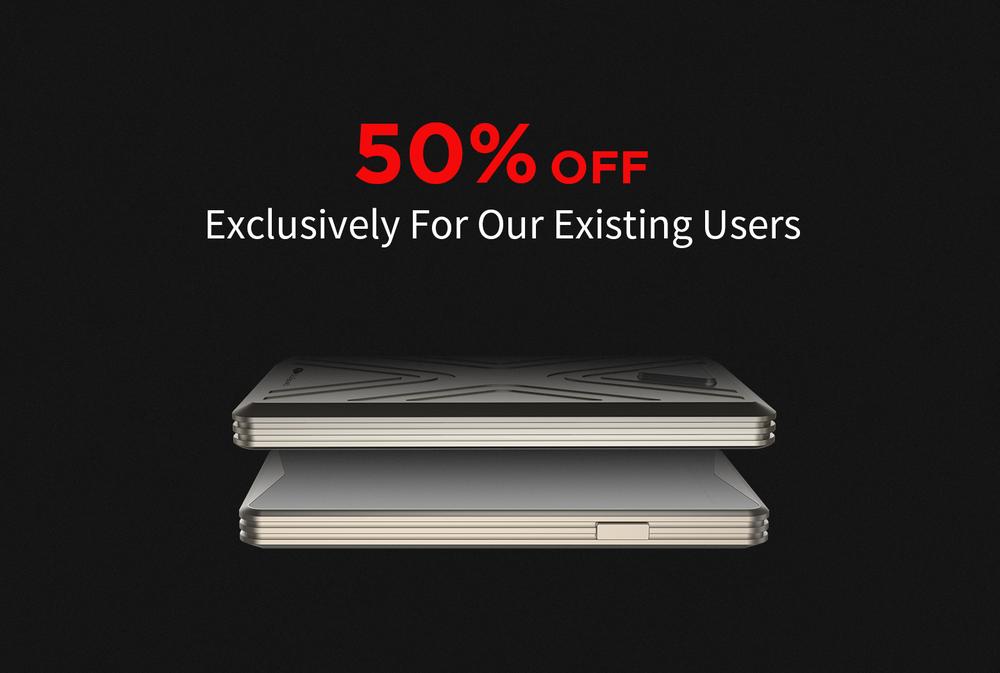 During this pre-order period up to September 15th, 2019, you can purchase the Ellipal Titan Pre-Order for 50% off  if you currently have a the Ellipal 2.0 device. This is a special incentive for people that have already purchased the original Ellipal 2.0 device at any period of time. This is an excellent deal if you’re looking for a massive upgrade or if you just want to add a secondary wallet to your arsenal.

All in all, this is one of the hardware wallets I’m very excited for in 2019. This is very similar to the Cobo Vault wallet, (which I will leave a review for HERE), but this is a much cheaper option for a lot of the same functionality, security, and durability. I would say this is the closest device to that one in terms of comparison. These are very robust devices and are built for the above average crypto user. This is also for someone that takes their security VERY seriously and wants to “HODL” long term in the safest way possible.

I will say, that if you plan on using these devices on a regular basis (i.e. trading, daily transactions, etc…), this probably isn’t the best wallet for you. Why? This has many steps to authorize and sign transactions, which is great from a security standpoint, but is really not ideal for the heavy daily user. For me? I use the KeepKey device as my daily user wallet, as they just launched a very user friendly new platform that makes it super easy to trade and manage your portfolio.

With KeepKey, you don’t even have to KYC in order to use the hardware wallet and make transactions, but if you want to trade and still keep your private keys in your possession, I would highly recommend it as your “daily use” crypto hardware wallet, as that’s what I currently use on a day-to-day basis.

What do you think? Are you excited for the Ellipal Titan cryptocurrency hardware wallet? Let us know down below in the comments!